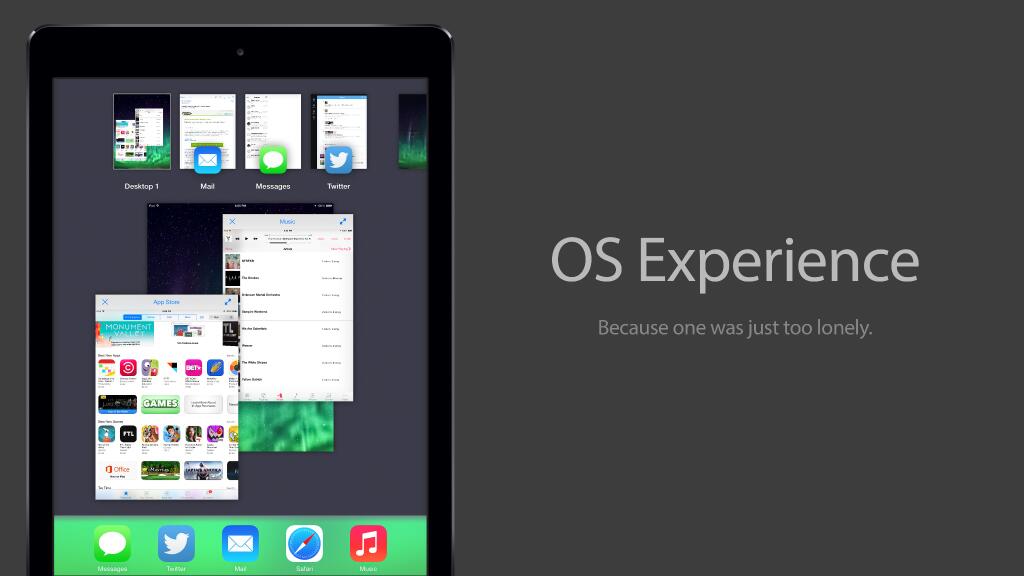 OS Experience will bring Mac OS X inspired window manager and multitasking switcher with live previews of all the backgrounded apps. You’ll also be able to resize, rotate and move apps with simple touch gestures. Not much more has been revealed about this tweak as of yet, but here’s a video that tells us what it will be like:

The tweak has been developed by Evan Swick and should be released in Cydia in a week or two. The glitches you see in the above video is because of Display Recorder, says the developer. No details on the pricing is available, but he plans to price it ‘fairly, not high.’

What do you think of OS Experience? Wouldn’t you like to have it on your iPad?