Apple recently released iOS 7.0.6 for iPhone 4 and later, iPod touch (5th generation), iPad 2 and later. The update claimed to fix an SSL verification bug, hence it is very important that you update. For older iOS devices, such as the iPhone 3GS and iPod touch 4th generation, iOS 6.1.6 was released with the same bug fix. Jailbreak developer Winocm confirmed that it is safe to update to iOS 6.1.6 and that an update to the P0sixspwn jailbreak tool will be soon available. It is now! 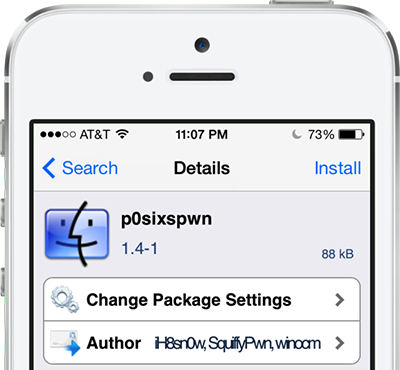 The P0sixpwn v1.4 package is available in Cydia right now, so go ahead and install it if you want an untethered jailbreak. The P0sixspwn standalone tool hasn’t received an update and iH8sn0w tweeted that it’s not much of a priority right now. So you will have to do a tethered jailbreak first, then install this package via Cydia. This will only work on the iPhone 3GS and iPod touch 4G, since the update has been released just for these two devices.