Last year we told you about an awesome application that was released into the App Store that allowed you to take panoramic video or photos by rotating your iPhone 180 degrees of 360 degrees on a flat surface using its vibration motor.

The app was called Cycloramic and worked extremely well as long as you used it on the right surface. 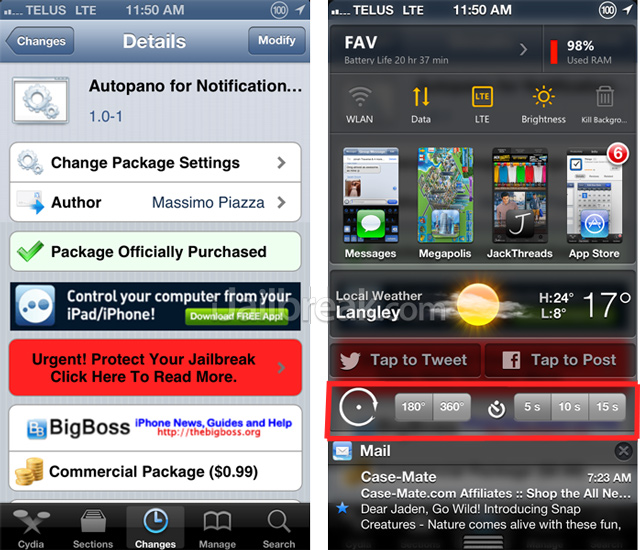 I tried Autopano for Notification Center out myself and was happy with the results. It indeed works as advertised.

You just need to ensure you are using it on a flat, level surface such as glass, granite or marble. I did run into some issues with panoramic photos stopping capture (using the stock Camera app) half way through the rotation, but overall it worked well.

If you are interested in the Autopano for Notification Center Cydia tweak you can find it in the BigBoss repo for $0.99. Let us know what you think of the tweak in the comments section below.

Note: This Cydia tweak is only compatible with the iPhone 5.