Do you find the animations on iOS to be sluggish? Do you just wish your phone would get to the point? Accelerate isn’t the first Cydia tweak to play with the animation speed in iOS. Indeed the developer–SuperDev–claims to be the same developer behind a similar tweak called ClockWind. Accelerate isn’t only a more reliable version of ClockWind, it provides more options. 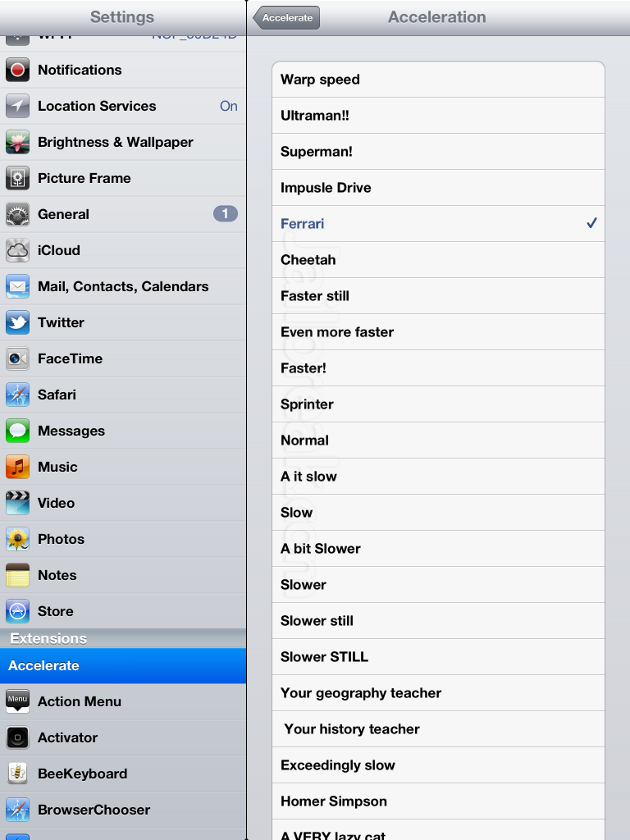 Aside from the precious and somewhat redundant setting names, Accelerate works very well.

Accelerate doesn’t just make animations on your device faster–you have about 23 different speed settings to play with. Not all the settings make animations faster, some of them will slow the effects to a crawl. (I find the slower speeds actually provide a cool effect, especially on newer devices where the animation is very smooth.) The settings are are given amusing names, like “Ultraman!!” for fast while “your geography teacher” and “Homer Simpson” stand in for slow, supporting the claim that this tweak was made by a thirteen year old. 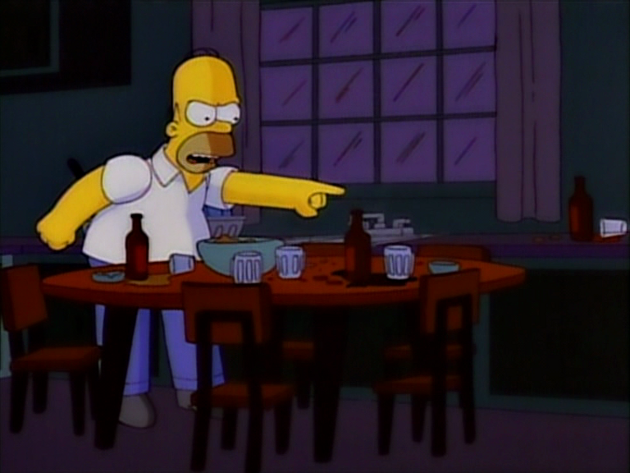 Something was said. Not good… What was it? “Don’t yell at Homer!” No, that’s okay.

While it’s not the most subtle approach to UI design, there’s a ton of settings to mill through. You can toggle what the tweak will and will not effect, including app opening, app closing, the switcher, notification center banners, Siri, and that spinning wheel that appears when your device is loading content.

Accelerate should work with pretty much any jailbroken iOS device you throw at it; iPhone, iPad, or iPod Touch. It supports iOS 3 to 6.0.1. I found it even plays nice with some of the more exotic tweaks on my iPad, such as Quasar. Accelerate is a free tweak and is available in the BigBoss repository on Cydia. 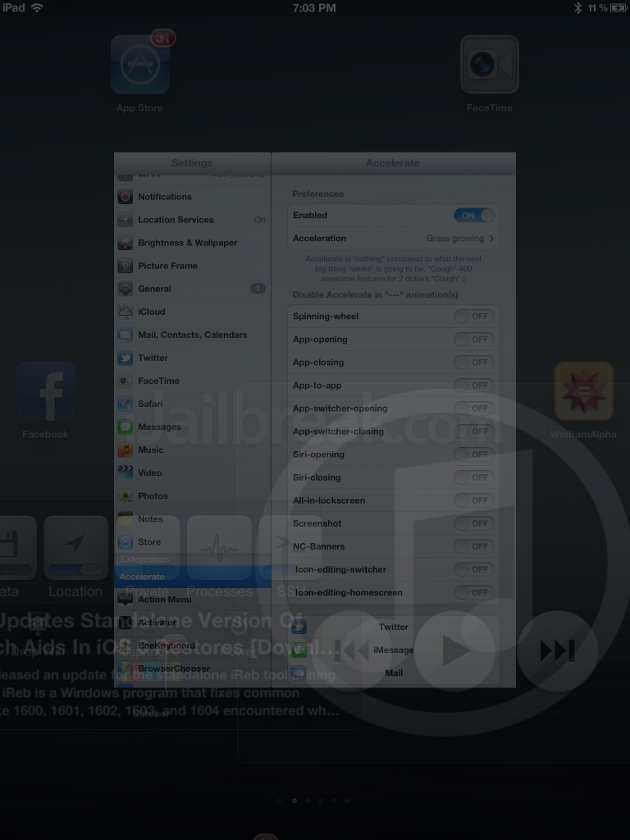 On the slower settings, Accelerate makes it easy to take screenshots of hard to capture UI animations. Since this works well with other tweaks, it’s a useful tool for developers trying to put screenshots on Cydia.

What do you think of the UI animation speed on your device? Would you speed it up, slow it down, or is it just fine the way it is? Share your thoughts in the comments section below.