A couple of days ago we brought to your attention a problem effecting some iPhone 5 users, which had to do with experiencing an artificial purple lens flare when taking photos. When we first reported on the issue the iJailbreak team was unable to reproduce the issue, but on our way to JailbreakCon 2012 we indeed stumbled upon this issue by accident when trying to take a photo of the terminal (our flight was delayed, give us a break :P).

When we did this we were surprised to see a strange purple glow in the left corner of the photo. As we took a few more photos to see why we suddenly were receiving the purple lens flare, it became obvious it was only a problem when there was a strong light coming from just out of frame. 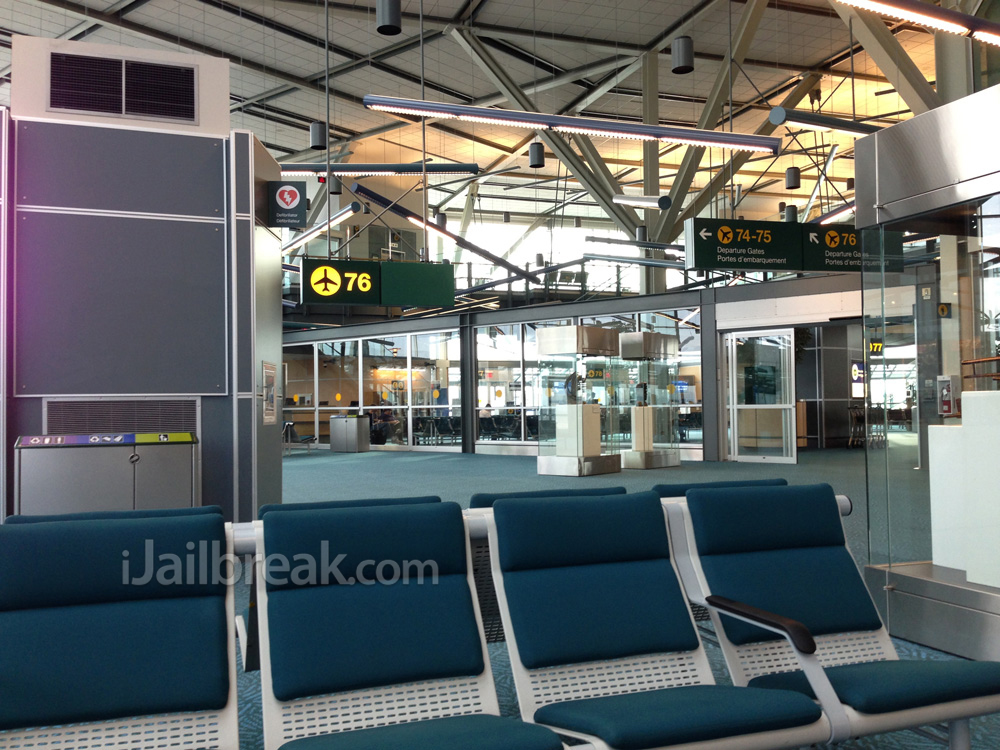 After looking into the issue some more (and thanks to everyone who pointed this out in the comments of our previous article) the reason why a purple glow is received when taking photos with varying angles of light is because of the new Sapphire crystal lens.

When light is reflected off sapphire it forms a straight line which appears to float on the surface of the lens. This line can come in multiple colors depending on the type of sapphire, but in this case it is obviously purple.

When Apple was reached for comment the fruit company responded with the statement that this is a widespread issue and that they are looking into it. At this time this could mean anything to a software algorithm to filter out the purple lens glare, or a mass recall (can you image that?).

Due to the fact that all iPhone 5‘s feature a sapphire crystal lens everyone should be able to reproduce the problem by taking a picture with a strong light source just out of frame. As such we would like you to take a minute to try this yourself and then answer the poll below.

After answering the poll be sure to further elaborate the circumstances of how you took the picture and share it with us in the comments. All pictures submitted will get added to this article with credit to your name.