As promised, and without any delays, Apple has finally released their latest version of iOS. You can now download iOS 8 (12A365) for your iPhone, iPod Touch and iPad. The iOS 8 Golden Master was seeded to developers to on September 9th and now, the public can try out Apple’s latest mobile operating system on their devices. 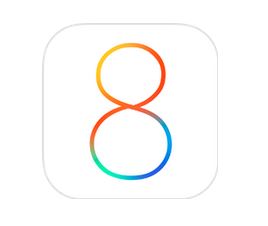 Apple first introduced iOS 8 during WWDC in June this year and started seeding betas to developers. So far, 5 betas of iOS 8 were seeded to the developers for testing. So what’s new in iOS 8? A lot.

The interface is similar to iOS 7, but it’s more open and allows for new features such as custom widgets, new keyboard layouts and more. iOS 8 brings a lot of new features to the iPhone, iPod Touch and iPad and Apple is calling this the biggest release ever. Go here to read more about the most prominent features of iOS 8.

How to Update to iOS 8

If you’re on a compatible device, you’ll see the iOS 8 update in Settings > General > Software Update section of your iOS device. An OTA update weighing 1.2 GB will give you iOS 8. You can also connect your iOS device to iTunes and a pop-up notifying you of the latest software should appear.

In case you want to do a fresh restore, you can also download the iOS 8 IPSW file and do the update manually via iTunes.