With the launch of the Apple Watch Series 2, I decided to get my hand on an original Apple Watch, just to try. I have mixed feelings, is it really needed or is it just an added luxury.

First up – The Setup

In classic Apple style, the setup was a breeze with the Watch app. Point with the camera and I was paired (I’d love to know how that works), few bits of admin (iCloud, iTunes, Siri, the usual) and it began it’s spinning circle of setting up. This I learned, is a bit of a frequent occurrence. 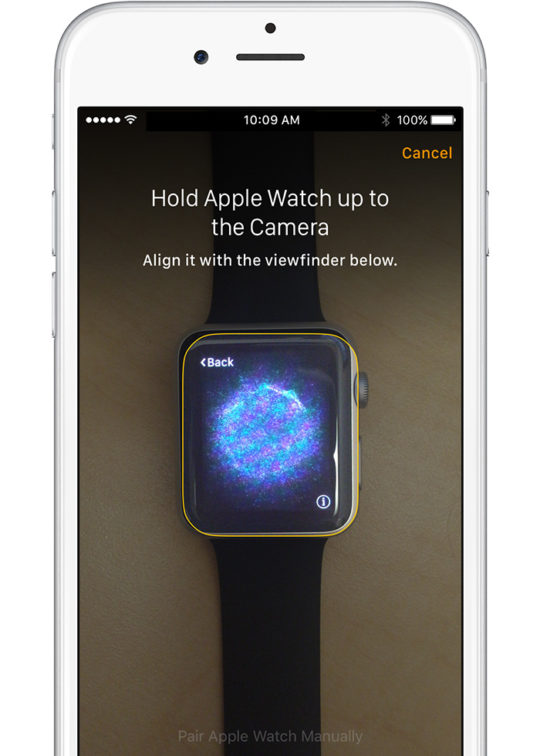 I received it running WatchOS 2, so I instantly updated to WatchOS 3. Boy, that was a mistake right in the middle of the day. Update overnight, for your own sake.

I can normally download a full 1.3 GB iOS file, from Apple’s servers in 8 minutes, so nothing to do with my internet. To download WatchOS 3, (a 512mb file for me), the download alone took 3 hours. I left the Watch app open in case the background process was slowing it down, I wish that was the case. Whether it’s the servers, the app or something else, it was painstakingly slow.

Once it finally downloaded, it had to install the update. I understand the data was being transmitted over Bluetooth and all that good stuff, but it took 1 hour to install. This I put down to a first generation processor, however I thought I’d never see the Apple progress circle complete! 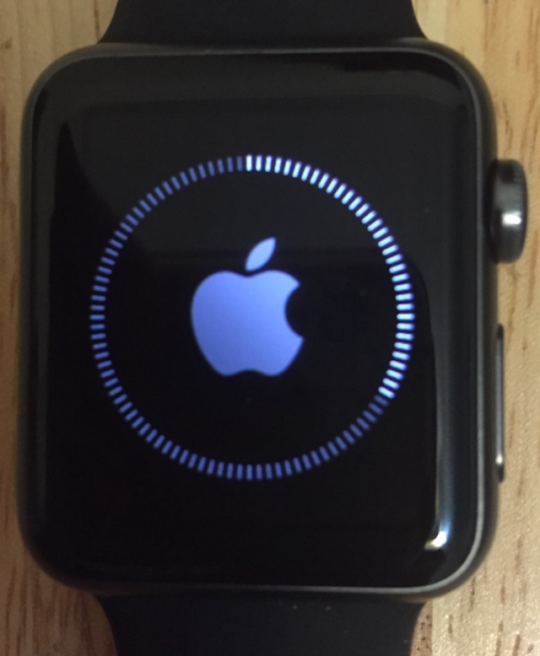 My advice, just put it down, and leave it well and truly alone to do its own thing. You’ll have to check a real watch for a while!

This isn’t a review of WatchOS 3, just a quick overview of what was on it that’s useful, or not so much.

First off, I love the idea of SOS (hold the lock button/lower down button) for a while and it’ll start blaring and vibrating, before calling the police. Great for the idea, but the sound and the extended time it takes for the countdown to finish, means any close proximity situation, this may not work so well.

Apple Pay – Great if you have any device lower than a 6 that doesn’t support contactless, but otherwise it’s just stupid. Don’t get me wrong, saves reaching for my phone, but it’s really not necessary. And the loyalty cards / non-contactless, that’s a waste of time. The screen is too small, and you’re more likely to scratch the screen than actually scan your card. Sorry, but it’s true.

Health and Fitness – I could go on for ages, long and short is it does the job, but it’s not a dedicated tracker so don’t think it is. One weird thing was that I found hours missing out of my heart rate data, so not sure quite what went on there.

Breath – This just annoys me, I know how to breathe and although I swear I turned the notifications off, it still keeps nagging me. Feels like my other half all over again!

Music – Useful but the delay in updating means I’d be quicker just pulling my iPhone out.

Stopwatch / Timer – Does what it says on the tin, it could be one app!

Camera Shutter – It’s a camera shutter really, not much to say here!

Photos – The most pointless app in my personal opinion. You need to sync an album / select photos and the screen just isn’t big enough to show off anything more than the general idea.

My favourite part. Having tried other FitBit’s etc, no one quite got notifications right, well Apple have. Combined with the opening up of the OS, they’re finally useful! I can look at a message, scribble or decide I don’t want to talk. The haptic feedback really does weird me out sometimes and it’s impossible to explain, it’s so much different to a vibrate, it’s something you have to try. Rich notifications are great, and that is basically what this watch is for, to save you looking at your iPhone. 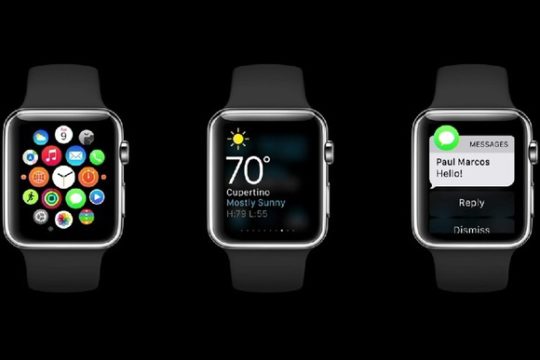 Nope, don’t like it. Half the time it thinks I’ve said ‘hey siri’ when I haven’t, then it takes 5 minutes connecting to my phone before ‘tapping me’. We need offline Siri on a device like this, or don’t have it at all, period. I look and feel like an idiot yelling at my watch for the 5th time to send that text to Jeff about the meeting being cancelled, I’m better off texting like a cave man!

It’s not needed, and with only a text feedback, not too useful in some situations either. It will work, eventually, but they need to make it work properly first.

This isn’t a full in depth article, and I could go on, but there’s no need. Personally, it isn’t for me. I love it, but in my heart I know it isn’t. All it is, is a glorified notifications provider, to save your phones battery from lighting up. Obviously with a few tricks along side, but it’s still early days and it’s just not there yet.

For me, the battery wasn’t a problem by the way, I could last a day and finish at 50%, you simply can’t power use on this, it’s all too slow, with too many spinning circles.

Maybe the series 4 will be more my thing, who knows.

What’s your experience with the Apple Watch been like? Has it turned into a 5th limb for you or are you going to keep it old school? Drop a comment below about what you think.