Some bad news for gamers hoping to play Gameboy Advance games on iOS 8.1. According to the developer of GBA4iOS, Riley Testut, the emulator doesn’t work on both the iOS 8.1 betas as Apple has patched the trick it relied on. Known as the ‘Date Trick,’ one could install GBA4iOS on a non-jailbroken device by simply setting the date of the device back a day. Not as of iOS 8.1 though. 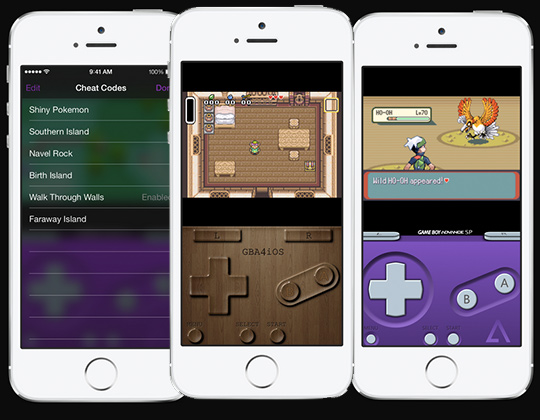 Apple doesn’t allow emulators to be run on iOS, but with the help of the Date Trick, users could install and play any GBA game on their iOS device. You didn’t have to jailbreak, just download the app from the App Store and change the date back a day, install and play. Changing the date helps bypass the security checks that verify an Apps certificate. That flaw is no longer present in iOS 8.1 beta 1 and 2. He wrote in a blog post:

Of course, that ends with iOS 8.1 when it is released later this month. When the first beta was released just over a week ago, it appeared that the Date Trick no longer worked. Not wanting to jump to conclusions, we opted instead to see whether the second beta kept these changes (even though from the device logs it seemed pretty clear this change was intentional). Unfortunately, with the release of the second beta of iOS 8.1, it does seem that the Date Trick is no more.

It looks like iOS 8.1 will no longer let you run GBA4iOS and even if it’s installed, you won’t be able to open it. However, there is a way to run it on your iOS device. You’ll need to download the code that’s needed to make the app and install it on your device using an Apple Developer account. Another way is to wait for an iOS 8.1 jailbreak and then download it from the Cydia Store.

The developer has promised to release GBA4iOS 2.1 with multiplayer mode (beta) and support for iPhone 6 and 6 Plus with many more features. The new version will also be available for download from the Cydia Store. Apple is said to release iOS 8.1 with Apple Pay some time this month, so you better start playing your favorite GBA game before it’s dead. For now.