A few days ago Virtual Home was released which was the first Cydia tweak to take advantage of the iPhone 5s’ fingerprint scanner.

Now Virtual Home’s functionality has essentially come to Activator, which is very exciting considering that with Activator you can do so much more than utilize Touch ID as a home button replacement. Any of the Activator actions are fair game. 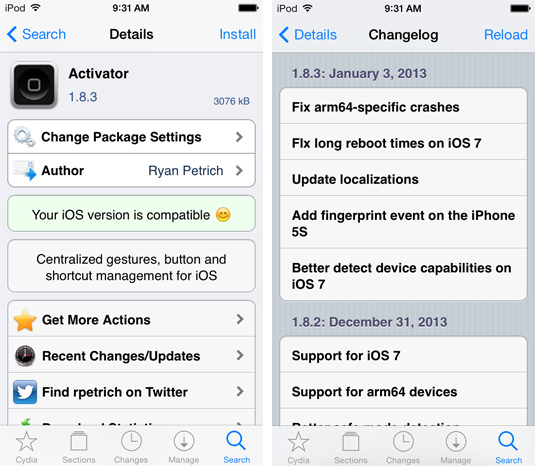 This new Touch ID integration with Activator comes in version 1.8.3 and brings support for a single press of the Touch ID sensor.

All you have to do is ensure you have the latest version of Activator installed, head on over into Activator’s preferences panel in the Settings app, select the Anywhere section and then tap the Single Press panel under the Fingerprint Sensor section. You can now assign any action to the Touch ID single press gesture.

It is recommended that you assign the home button gesture first to get the hang of how the Touch ID gesture for Activator works, and then once you get comfortable performing it you can change how things work.

Among other things Activator version 1.8.3 brings about the following:

What are your thoughts on the new Touch ID integration in this new version of Activator? Drop us a line in the comments section.