In the past if a Cydia tweak that relied on MobileSubstrate messed up your iOS Device, for lack of better words, and you were stuck in say a respring or reboot loop you would be out of luck and would have to restore it. Restoring your iOS Device is of course a time consuming and tedious process, which could also result in data loss if the device hasn’t been backed up. 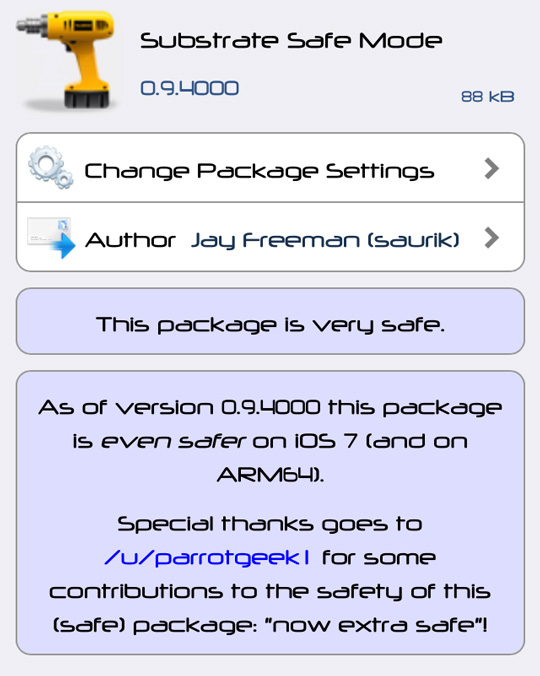 In April 2012, however, Saurik, the creator of both Cydia and MobileSubstrate (now called Cydia Substrate) added a safe mode feature that allowed users to recover from problems experienced after installing a broken tweak. All you had to do was reboot he device and hold the volume up button down during the reboot process which would disable MobileSubstrate so you could uninstall the tweak causing the problem.

Now Saurik has released an update for Substrate Safe Mode to support iOS 7 and 64-bit devices. He notes “as of version 0.9.4000 this package is even safer on iOS 7 (and on ARM64).”

We recommend that you install the Substrate Safe Mode 0.9.4000 update through the Changes tab in Cydia right away so you can recover from any bad tweak installations without having to restore your device.