If you’ve used the default Notes app with a Bluetooth keyboard, you may notice that the app supports the tab button. Since Notes doesn’t support true indents, the tab button actually prints out five spaces. While this isn’t the most sophisticated method of handling indentation, if you are writing a document that requires indents, the spaces can do in a pinch. 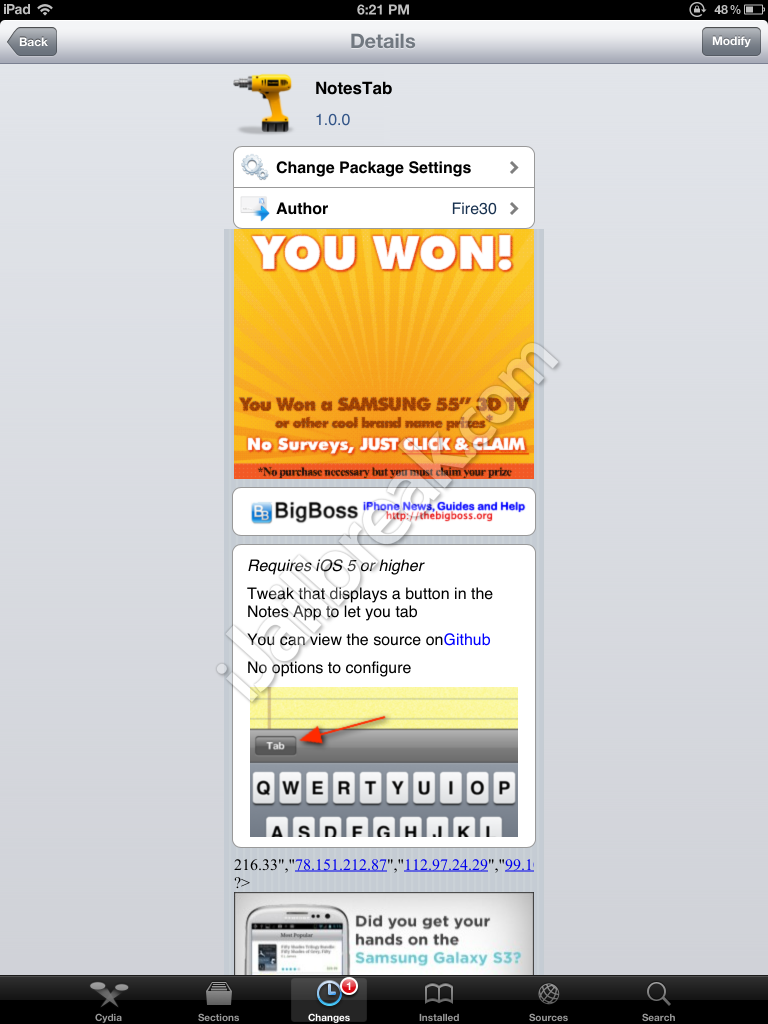 Unfortunately iOS’ virtual keyboard does not include a tab button. This means that if you want a tab stand-in (without pressing space 5 times per paragraph), you normally need a Bluetooth keyboard. This isn’t always optimal, because you might not always have a wireless keyboard with you, and some people prefer using the touch screen.

NotesTab is a Cydia tweak that adds a tab button to Notes. Not only does NotesTab support the iPhone, iPod Touch, and iPad, but it also supports the iPad’s optional split keyboard. There aren’t any settings to configure. NotesTab works upon installation.

The only weakness to NotesTab is that the tweak does not support any app aside from Notes. I don’t know about you, but Notes isn’t my go-to word processing app. It would really improve the tweak if NotesTab included optional support for other word processing apps, such as Evernote or iWork Pages. Another useful feature (looking at all the empty space on the bar above the keyboard) would be to add more function buttons. 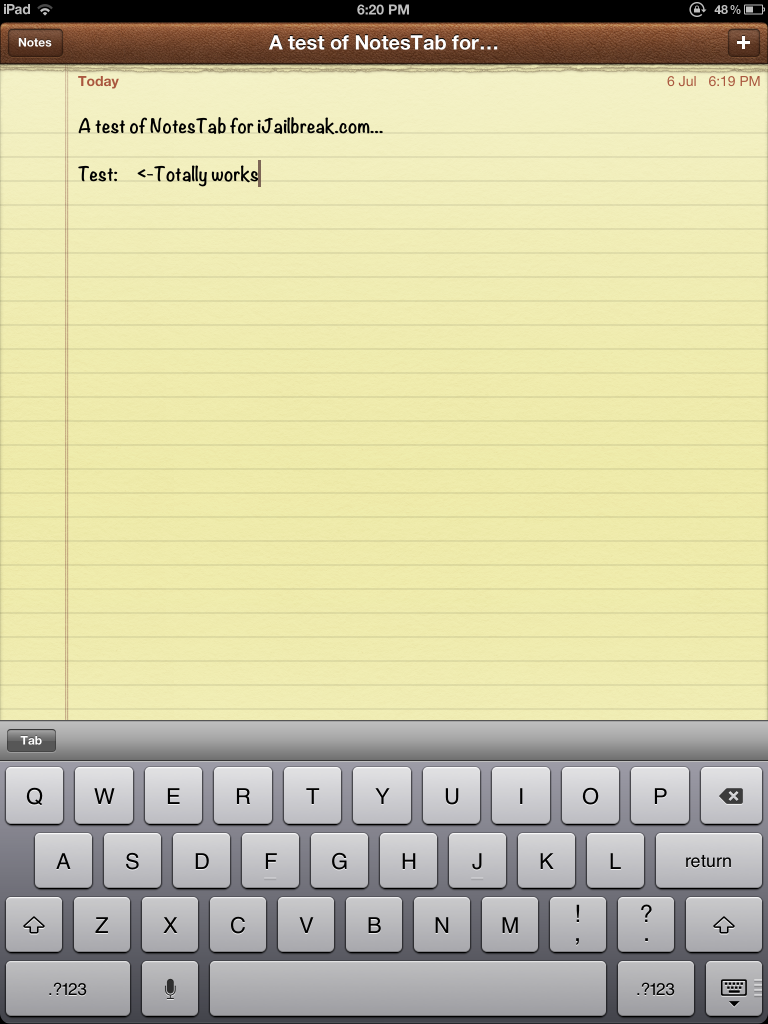 NotesTab is a FREE Cydia tweak available in the BigBoss repository. NotesTab’s source code is available on GitHub, so you can potentially improve the tweak on your own, or use the tweak as a base for your own coding projects.

What sort of features would you like to see added to the Notes app? Share your thoughts in the comments section below.