The iPhone 4S does not possess the ability to detect faces while shooting video, unlike the iPhone 5 and 5th generation iPod Touch. The good news is however, if you have been wanting this functionality, you don’t have to upgrade.

I do not have an iPhone 4S so I have not been able to test this Cydia tweak, but I have heard many reports that it functions as advertised. If you are interested in the FaceDetectionVideo4S Cydia tweak you will be glad to know it is being offered for free in the BigBoss repo. 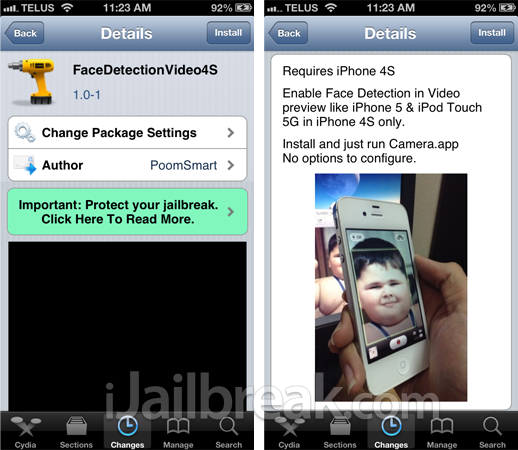 We have covered quite a few other Cydia tweaks that enable functionality that newer devices possess, but are still capable of being offered on older hardware. Examples of these tweaks range from LLBiPT5 to Still Capture Enabler.

If you have an iPhone 4S and decide to give FaceDetectionVideo4S a try, let us know how it went in the comments section below.