Grant Paul, also known in the jailbreak community as Chpwn, recently updated Infinidock (as well as Infiniboard and Infinifolders) with a complete rewrite of the core code. Unfortunately this total overhaul broke compatibility with Cascade, an animation tweak which plugs into Infinidock to deliver coverflow-style animation. 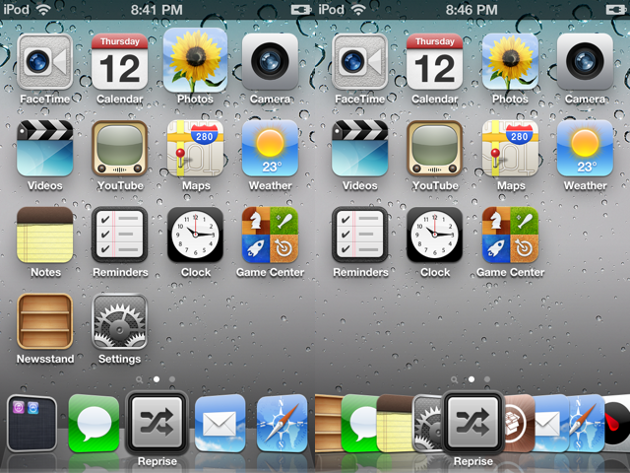 Cascade provides the dock with coverflow-style animation when paired with Inifinidock.

While Cascade–previously known as overflow–was capable of working without Infinidock, without the plugin you don’t get the fully animated cover-flow effect or support for scrolling on the dock. Since Cascade is a plugin that relies on the rewritten Infinidock tweak, it needed to be rewritten to support Grant Paul’s new code.

Luckily the developer of Cascade, Adam Bell, announced an update yesterday that would restore compatibility with the new version of Infinidock. The update is now live on Cydia–it turns out the update also introduces support for iOS 6 and fixes bugs that may have caused springboard crashes in the past.

The current version of Cascade is compatible with iOS 4.2 to 6.x, meaning it should even work on your iPhone 4 updated to iOS 6. As always, Cascade can be found in the BigBoss repository on Cydia, and costs $0.99. If you already purchased the tweak, though, the update is free. 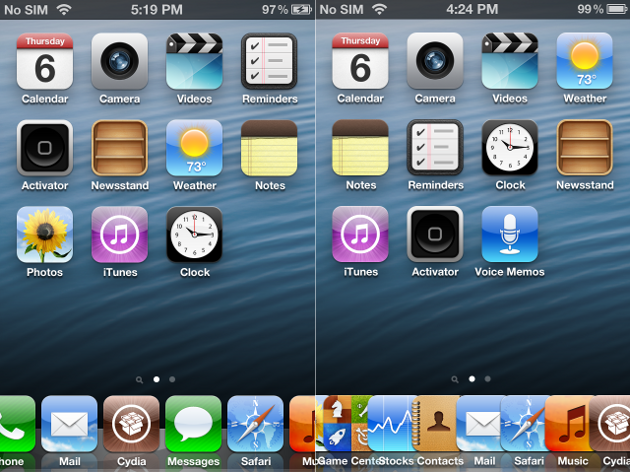 While Infinidock works well on its own, it relies on Cascade for that visual punch.

What do you think of the coverflow effect on the dock? Share your thoughts in the comments section below.