One very controversial aspect of jailbreaking, is the ability to download and install cracked apps. Cracked/pirated apps have been around almost since the release of the App Store itself, and some argue that it is the reason why Apple tries so hard to patch exploits, used by jailbreaking tools; such as Spirit, JailbreakMe.com, RedSn0w, PwnageTool etc… 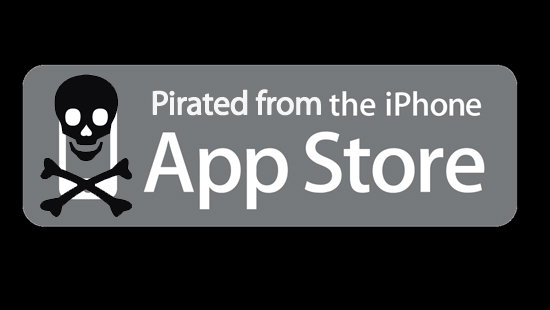 Usually on this website I try to avoid topics on cracked/pirated apps, however recently the Administrator for the pirate community Hackulous published a sort of open letter on TorrentFreak. He goes into explaining why he thinks app piracy is not as bad as we all may think it is. The actual letter is very long, but he goes over 4 mains points to portray his idea.

Since these users have never had any intention or capability to purchase the applications whether or not cracked versions are available, developers of these apps are losing significantly less than what they believe they are to these people.

2. Another portion of our pirates are those who have the capability of purchasing iPhone apps, but not the desire. These pirates typically do not “need” any particular application for free, they just want whatever application that can provide a certain level of entertainment for them.

3. Over three million devices are running our software, Installous, to download and install cracked iPhone apps. The people using these devices are Apple customers who are likely to purchase another device, purchase new Apple products, or refer their friends to Apple. As I have stated before, the people who use our services to trial iPhone applications actually help Apple more than they hurt it.

Why, you ask? If a majority of our three million users are pirates, the value in Apple’s devices is significantly higher: These millions of users, who would otherwise be incapable or unwilling to purchase apps, now have a rich source of entertainment that greatly enhances their experience with their devices.

Apple does not like piracy, but as long as piracy increases the value of jailbroken iPhones, they have no need to be passionate about stopping it. As music has shown Apple and Steve Jobs himself, DRM can always be defeated. Apple is in fact embracing piracy for what it can accomplish for their company.

4. Piracy also helps to expose an application to the masses, much like music piracy helps artists and bands get more publicity. Without cracked app sites like apptrackr, a lot of applications would be left languishing in the pits of the App Store among the rest of the 240,984 apps (at last count) available.

Personally my approach on cracked/pirated apps is that, yes they are useful if you want to test an app before purchasing it. I do think, however that to many people exploit this, and I also think that certain parts of this upcoming generation has the mentality that everything is free; when it is not. Purchasing apps are what encourage developers to keep releasing great applications. Regardless of this, these are some pretty well developed points. What are your thoughts on cracked/pirated apps?