For those of you who didn’t know, there is an iOS 7.0.4 tethered Jailbreak for ONLY iPhone 4 (GSM and CDMA). Normally when a new iOS comes out there is almost instantly a tethered Jailbreak for all devices running an Apple A4 chip or below, because of Geohot’s LimeRa1n hardware exploit which takes advantage of bootrom vulnerabilities that are unpatchable. The only way to patch this bootrom exploit is to release new hardware and Apple has obviously already done that.

So why the wait for the tethered iOS 7.0.4 Jailbreak? 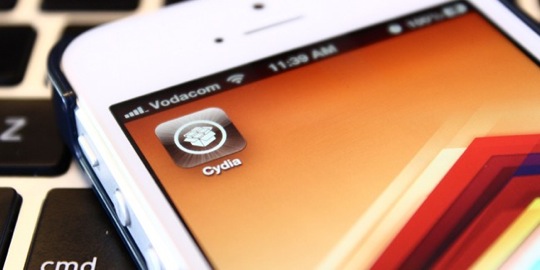 Simply due to the fact no one was really working on it because when a Jailbreak is being worked on, it’s developed for all devices at the same time that are compatible with that version of iOS. With the release of iOS 7 things were made a little more complicated since the iPhone 4 is the only iDevice running an A4 chip that is compatible with iOS 7, because of that it is simply not worth the time or effort to only release one working Jailbreak.

Recently though there has been a released version of a tethered Jailbreak for iPhone 4’s running iOS 7.0.4 called RageBreak. Honestly it is a little different than other Jailbreak experiences and it is said to have a few errors when using Cydia, but they shouldn’t be too much of a problem.

The version of Cydia that runs in this particular Jailbreak is modified for compatibility for the iOS version and the Jailbreak. It will approximately take about 20 minutes to fully Jailbreak your iPhone 4. If you have an iPhone 4 and have been waiting for a jailbreak and just cannot wait any longer, then this would probably be worth your time. If you would want a more stable Jailbreak with much more reliability, the I do recommend that you wait for a Jailbreak released from the Evasi0n team.

You can Jailbreak your iPhone 4 running iOS 7.0.4 by following the instructions in the YouTube video shown below.

Here are all the files you will need:

Those that want step-by-step instructions can follow the detailed tutorial here.

Update: There is also a Mac version available over at RageMasta.com, along with helpful tips and tricks if you are experiencing issues. Unfortunately the iJailbreak team doesn’t have an iPhone 4 to test this on, so we can’t be of much help. Your best bet is to watch the video and follow EXACTLY what it says, don’t try to wing this one it isn’t as easy to use as other tools.